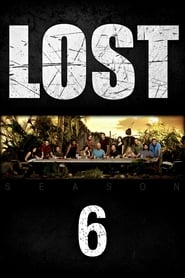 The sixth and final season of the American serial drama television series Lost commenced airing in the United States and Canada on February 2, 2010. The sixth-season premiere was the first to climb in the ratings year-over-year since the second season, drawing 12.1 million viewers. The season aired Tuesdays at 9:00 pm from February 2 to May 18. The series finale aired on Sunday, May 23, 2010. The finale ran two-and-a-half hours starting at 9:00 pm; pushing the local news back a half-hour, followed by the previously announced post-finale special, Jimmy Kimmel Live: Aloha to Lost, at 12:05 am. The season continues the stories of the survivors of the fictional September 22, 2004 crash of Oceanic Airlines Flight 815 on a mysterious island in the South Pacific. The survivors must deal with two outcomes of the detonation of a nuclear bomb on the island in the 1970s. While the on-island story continues, “flash sideways” show a second timeline, in which Flight 815 never crashes. The season was released on DVD and Blu-ray on August 24, 2010, alongside a complete series boxset.